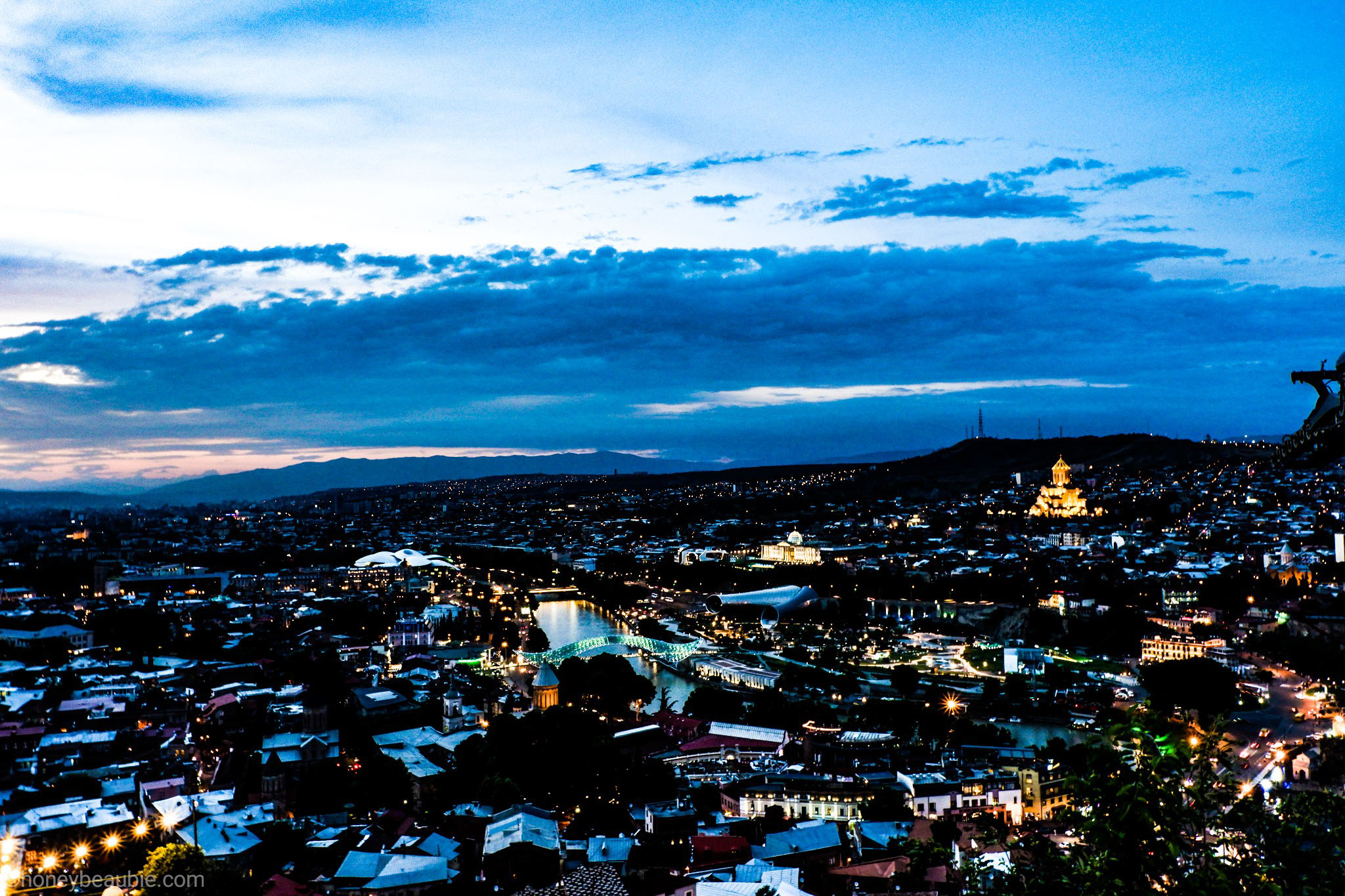 To make the most of our 9-day trip in Eurasia, we decided to visit Armenia’s neighbor country: Georgia. Honestly, I’ve only known about the country of Georgia when I got to the UAE. When I hear or think of Georgia, my mind would take me to Georgia in Atlanta, US.

But we’ve heard many good things about Georgia, one of which is that it’s even more beautiful than Armenia. So, we’ve decided to find it out for ourselves!

WHERE TO GO IN ARMENIA? OUR 5 DAYS 4 NIGHTS ARMENIA ITINERARY HAS GOT YOU COVERED!

Why travel to Georgia?

Where to go and what to see in Georgia?

Tbilisi – The Capital City of Georgia

Tbilisi alone is brimming with wonderful sights and wonders: Peace Bridge, Old Town, Fabrika, Freedom Square, Clock Tower, Rike Park, Funicular, and more! We had a lot of places listed in our DIY walking tour itinerary, but sadly, it was raining that day so we couldn’t do everything in our itinerary. We had lunch at one of the best Georgian restaurants in Tbilisi – Zakhar Zakharich – and went home to our Airbnb to rest for our tour the next day.

Kakheti – The Ancient City and Birthplace of Wine Making

Kakheti is said to be the birthplace of wine making. It’s also said that the world owes the tradition and process of wine making to the ancient city of Kakheti. Aside from the bread making and wine making tour we had, we also dropped by Georgia’s city of love, Sighnagi, and one of the most popular monasteries in Georgia: Bodbe Monastery.

As someone who’s lived in a tropical country for more than 20 years, I’ve always been fascinated by snowcapped mountains, which I only used to see in photos and on TV before.
And can I just say that they’re a beautiful, breathtaking sight? I can’t wait to actually experience snow next year!

Kazbegi – The National Park of Kazbegi

Another breathtaking sight of snowcapped mountains greeted us in Kazbegi, but with the addition of the imposing black Caucasus Mountains, the natural border between Georgia and Russia. Part of our tour to Kazbegi included a steep drive to Gergeti Trinity Church, a stopover at the trendy Rooms Hotel, and a hearty lunch at Tsanareti Restaurant while enjoying lovely views of the Kazbegi Mountains surrounding us.

Ananuri – The Palace/Fortress of Ananuri

The Ananuri Castle Complex is approximately 400 years old. It was built in the 17th century by its ruling dynasty, Aragvi, but some of its parts can be traced to the 13th century. The complex houses two churches inside: the Church of the Virgin and the Church of the Mother of God.
What I loved about Ananuri Castle is the lovely blue tops of its castle, set against the lush greens of its surroundings. I also loved its unhindered view of the river, and the classical feel of the castle complex’s architectural design.

Built in the 6th century, Jvari Monastery is one of the oldest Georgian Orthodox monasteries in the country. Its high location gives you fantastic overlooking views of Mtshketa. Because of its historic value, UNESCO has included it as a World Heritage site.

I think it’s one of the most well-preserved old churches I know. And you can really see the difference in its architecture versus structures that were built later – Jvari Monastery is relatively low in height and a bit more circular in shape, unlike the Ananuri Castle and Bodbe Monastery which were both taller and have pointy towers.

Once the capital and seat of power in Georgia, Mthshketa is one of the country’s oldest cities today. It is also considered the birthplace of Orthodox Christianity in Georgia.

It is a small humble town that shows the simple lifestyle of many Georgians. We were there only for a brief stop but I loved the lively but peaceful atmosphere of the place, especially their cobblestone streets, variety of goods for sale, and the lovely views everywhere!

One of my favorite stopovers in Mtshketa is Svetitskhoveli Cathedral.