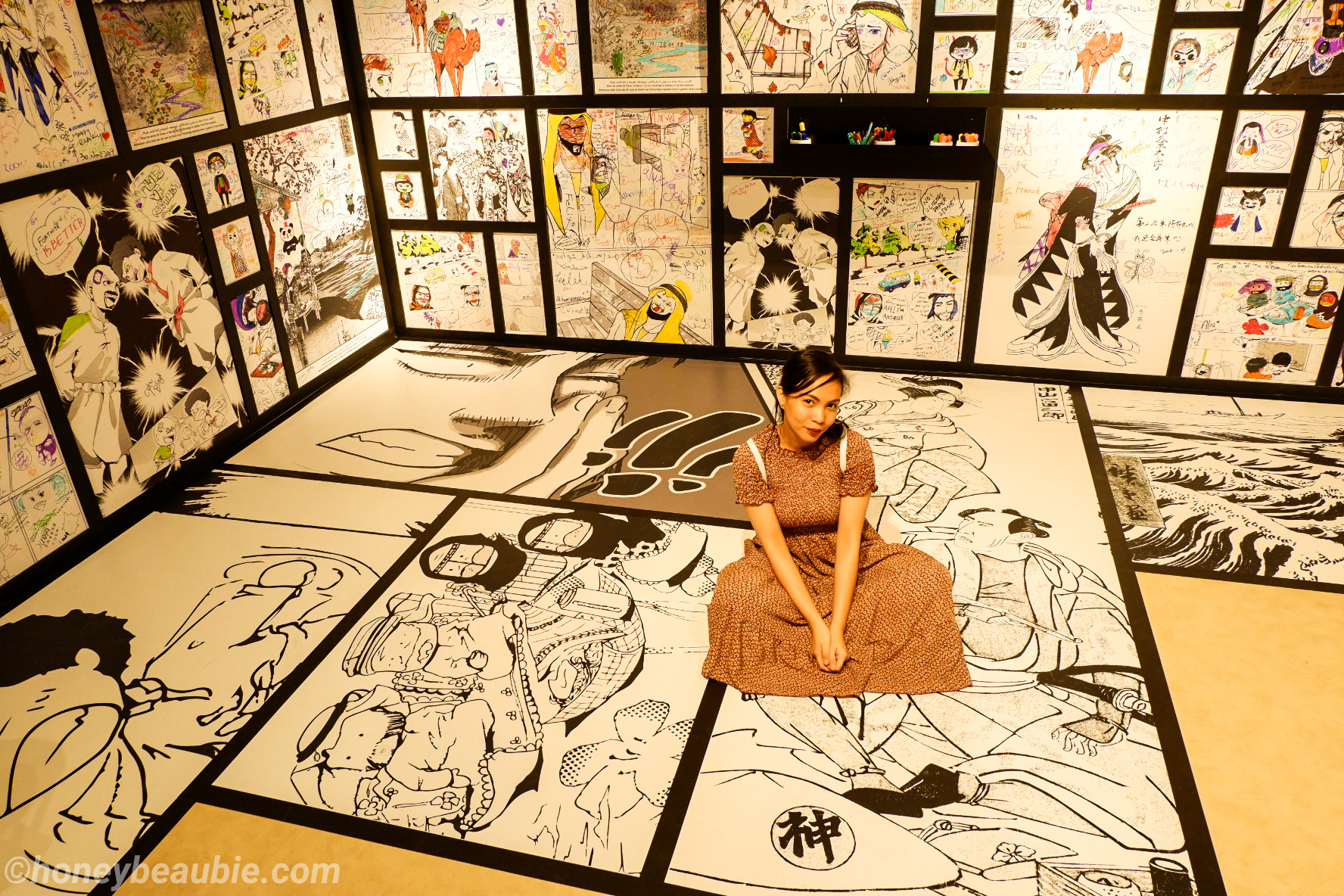 For the love of manga, anime and Japanese culture.

I dedicated a separate post for Louvre Abu Dhabi’s Manga Lab because it’s special to me.

I grew up watching anime. And when I was in college trying to get over my ex-boyfriend, watching anime helped me be genuinely happy despite my heartbreak. LOL.

Eventually, I got hooked on reading manga, and I also started taking Japanese classes because by that time, I was in love with Japanese culture.

So what’s inside Manga Lab?

Expression Wall – You can color the walls! Write a note, draw some cartoons! Anything! Color pens and markers are provided.

BUT you’re not allowed to draw on or color the panels on the floor.

Cozy hangouts and reading nooks – According to Louvre Abu Dhabi’s website, these reading areas are inspired by Manga cafés in Japan. They’re cozy and welcoming, and you can freely read different popular manga titles!

Just look at some of the treasures I found:

Virtual Reality Pods – They’re cool like most VRs but there wasn’t really much that happened. Still a must-try though! (Sadly, we didn’t have photos because we were too busy enjoying & exploring Manga Lab!)

Want to know how to get to Louvre Abu Dhabi Museum? Read up here!

2 thoughts on “Manga Lab in Louvre Abu Dhabi: A Taste of Japan in the UAE”