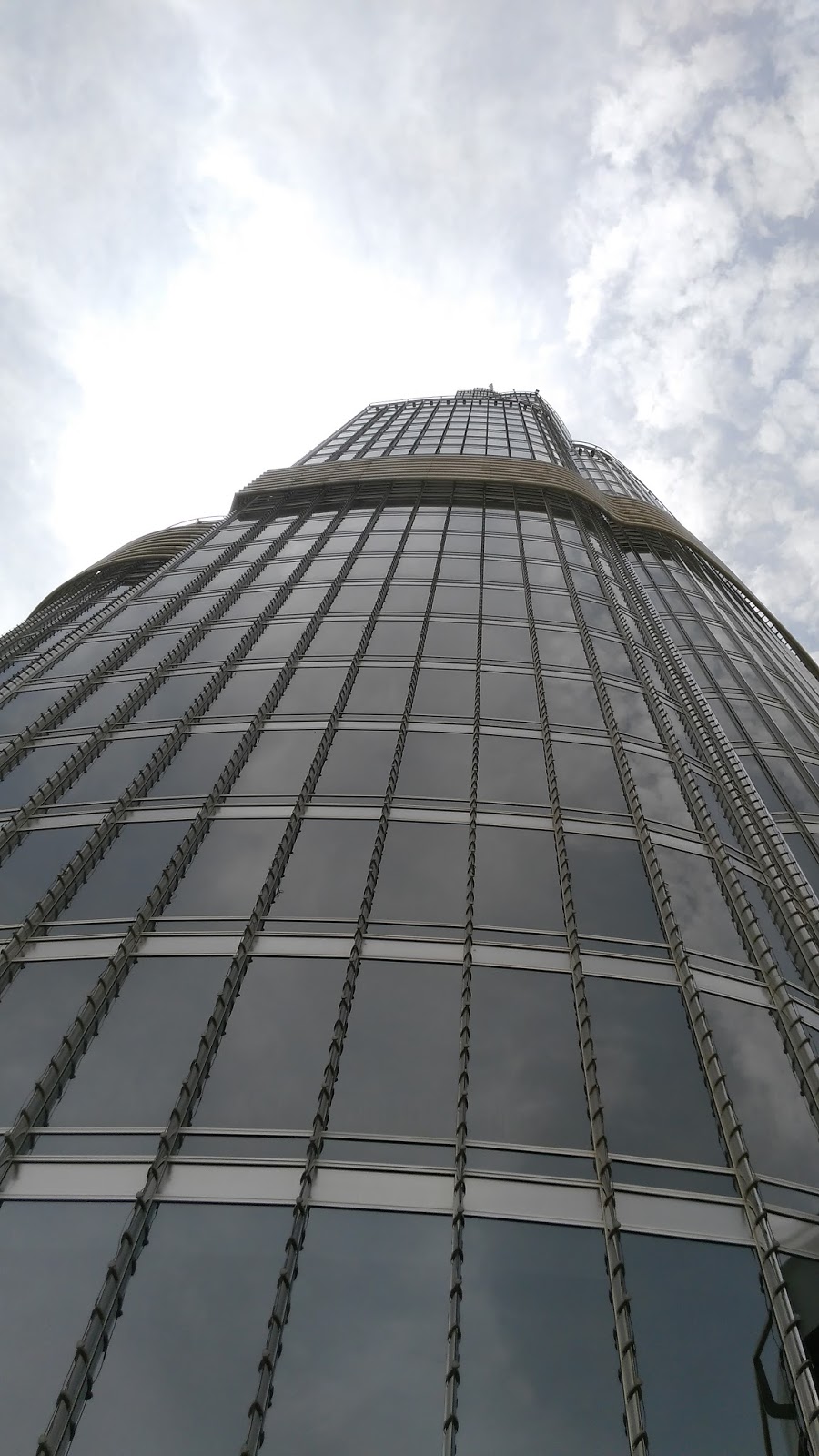 I’ve been here in Dubai for a little more than a month, but it’s only today that I got to visit one of the city’s most iconic landmarks: Burj Khalifa.

Burj Khalifa is currently the tallest man-made structure on land, standing more than 800 meters high and comprising 163 floors. It was constructed in 2004 and officially opened on January 4, 2010.

Disclaimer: Facts above were lifted from the Burj Khalifa website: http://www.burjkhalifa.ae/en/the-tower/factsandfigures.aspx

We got the cheapest tickets (of course!) at Dhs 125. There was a fee for Burj Khalifa online booking so it had cost us a total of Dhs 230 for 2 tickets.

Those Burj Khalifa online tickets were only for the 124th floor, also known as At The Top. It is possible to go one floor higher, called At The Top Sky, but true to its name, its price is sky high!

It was a great experience overall. But not really something you’d want to try again. First, because the tickets pretty expensive! Secondly, there’s really not much to do there, except be overwhelmed by the height and the vastness of the desert that you can see below.

Still, it was a pretty incredible feeling looking down on other skyscrapers, hehe.

HAVE YOU SEEN THE STUNNING SUNSET AT DUBAI CREEK HARBOR?

Photo dump below of the Burj Khalifa view below!

Some pics of us 🙂 You don’t have to view them if you don’t wanna see our faces. XD