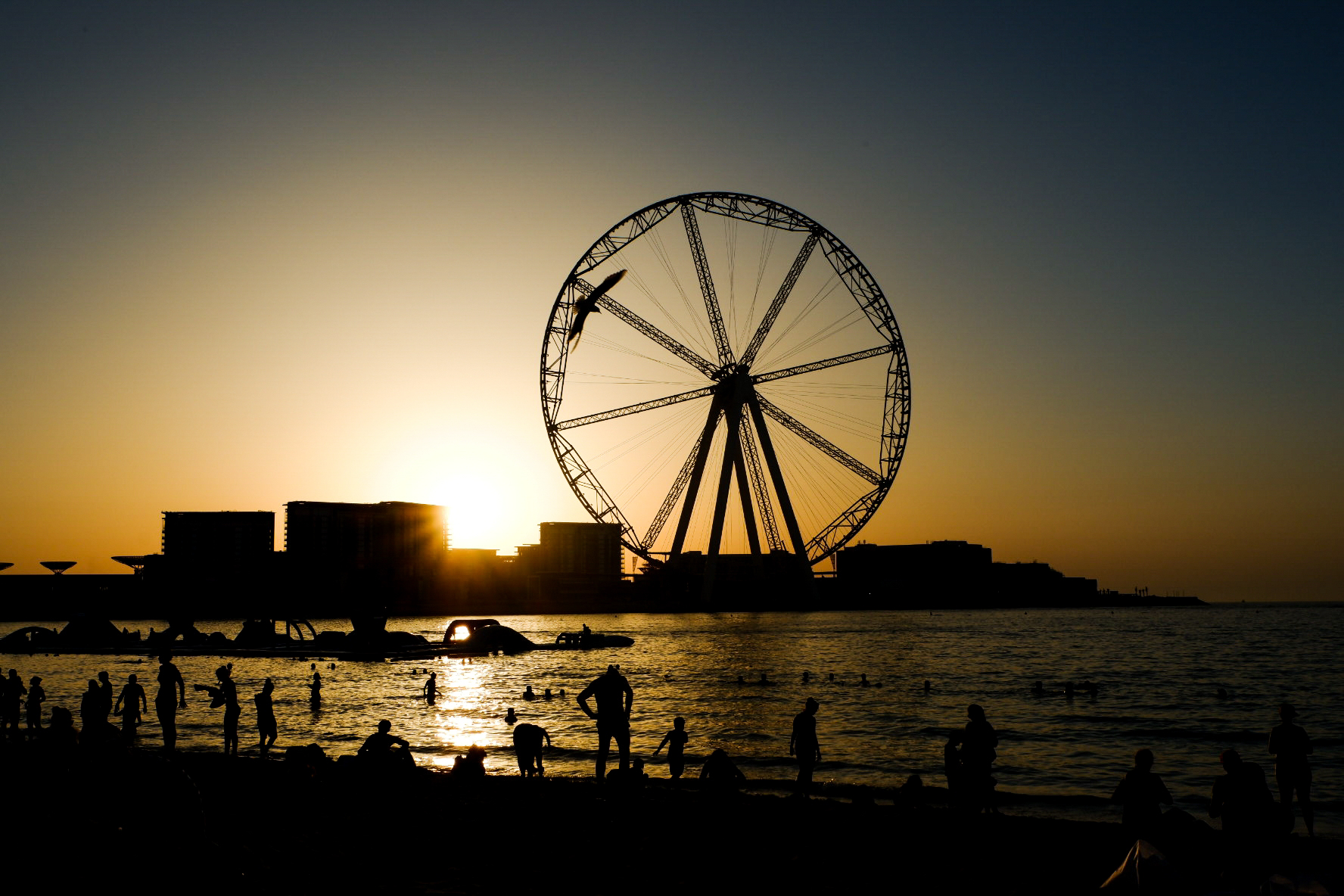 I’ve been waiting for this gigantic Ferris Wheel to be completed! Finally, we got to see it come full circle. 🙂

When I first came to Dubai in 2016, JBR quickly became one of my favorite places. The beach was peaceful and relaxing, though there are always many people tanning themselves, swimming and just spending time there.

Even then, I’ve already noticed a massive construction on the beach’s left horizon. A couple of months later, it started to take shape and I really got excited when I knew they were going to build a humongous Ferris Wheel, right there on my favorite beach, and just a few train stops from where we live!

How cool is that?! Even cooler is that the Ain Dubai is set to become the largest Ferris Wheel in the world! Dubai just has to make things the biggest and greatest in the world. And I don’t mind that because it’s another perk to living here. *wink*

“Located on the Bluewaters Island development, the 210-metre-high observation wheel – also known as the Dubai Eye – is set to become the largest and highest in the world, providing 360-degree views of the city and its coastline.” – WhatsOn Dubai

However, the development is not officially open to the public yet. They still have to add 48 large capsules that can accommodate up to 40 people. If you want total privacy, you can rent a capsule and have it all to yourself.

“Some of these capsules will be private ‘fine-dining’ pods that seat up to 12 guests, so you’ll be able to rent one out for a special occasion. Six of the capsules will also have a licensed bar…” – more from the article

I’m a newbie at photography so I only shoot during Golden Hour for now.
(Although I took two photography courses in college I never got to practice it because I couldn’t afford my own camera back then.)

Silhouettes and shadows on the beach.